The entire Jerusalem is  49 square miles (or 126 square kilometers). Within this ancient city, you can find unique neighborhoods; no two areas are exactly alike.

Downtown Jerusalem and its surrounding areas are no exception. It’s almost unbelievable how every area offers something unique to its location.  Whether you’re looking to buy a property in the heart of  Jerusalem, or you’re intrigued by the city, we invite you to join us. By reading on, you’ll get to enjoy a taste of the Jerusalem charm.

Jerusalem thrums with energy and is a city that rarely sleeps. The central part of the city hosts some of the most unique neighborhoods in the metropolis.  One gem that’s close to downtown Jerusalem is the Machaneh Yehuda Shuk (Hebrew for market). The marketplace dates back to the Ottoman period. It was an empty lot at the end of the 19th century, built by locals who brought produce to sell in the area. The market eventually turned into the organized and bustling market that we know today.

This bustling outdoor marketplace is chock-full of stalls with fresh produce. Lined with mountains of spices or fragrant teas, it hosts pastry shops, fish and poultry stands, cafes, restaurants, and more.

Cries of vendors and the smell of roasting nuts linger in the air. And at night, the shops close. The quaint marketplace comes alive again, with music and neighborhood bars open in the heart of the market. Come experience the magic of the Machaneh Yehuda market yourself.

Right across the street from Machaneh Yehuda, lies a treasure of a neighborhood. Established by Jews in the 1870s, Nachlaot was a combination of thirty-two courtyard neighborhoods. Each area hosted its own synagogue, built by a different Diaspora community.

Quaint cobblestone streets intersect with picturesque courtyards. Small Jerusalem stone houses stand unassumingly. You can enjoy the peace and quiet of the tranquil Nachlaot, and visit some of the original synagogues until this very day.

The iconic Ben Yehuda street is right in the prime location of the city’s center. Closed to traffic since 1983, this street and walkway is just a short trip from the Machaneh Yehuda market. The area intersects with Jaffa Road and King George Street.

Lined with eateries, ice cream shops, and mini-souvenir stores, this downtown walkway is perfect for a leisurely stroll.

During the holiday season, you may be able to catch a musical performance by local musicians. The area is a hot spot for tourists and locals alike, and it’s a great way to get a feel of what the metropolis has to offer. Ben Yehuda is a must-see, whether during the day or at night, a trip to this street is a must.

In the 1920s, Christian-Arab contractor Constantine Salame bought land in Talbiya from the Greek-Orthodox Church. His mansion remains intact and currently houses the now the Belgian Embassy.

Currently, this luxurious neighborhood is home to an array of beautiful architecture and serene parks. It’s an attractive location due to it’s close proximity to some of Jerusalem’s most visited areas. (Talbiya is a bit over a mile/ 1.8 kilometers walk away from both Ben Yehuda Street and The Old City of Jerusalem).

This picturesque area houses a center of Jerusalem’s culture, The Jerusalem Theater. The theater features musical, drama, and dance performances. Another historical structure within the neighborhood is the president of Israel’s residence.

Cultural venues such as The Museum for Islamic Art showcase artifacts and art pieces from centuries ago.  The  Hansen House, a former leprosy asylum, now hosts art shows, concerts, and a coffee house. Experience the authentic and true Jerusalem feel when you visit Talbiya.

In the 1920s, the Israel Land Development Company acquired land from the Greek Orthodox Church. They commissioned German Jewish architect Richard Kaufman to design Rechavia as a picturesque, garden-style neighborhood.

This area is peaceful, and many streets offer a quiet respite from the bustling center of the city. The upscale loaction is home to Israeli politicians and the well-known Jerusalem Great Synagogue.

There’s something for everyone in this charming area, and Rechavia beacons you to come explore.

Shaarei Chesed intersects with Rechavia and Nachlaot, and it’s a serene and modern Haredi neighborhood, which showcases opulent villas owned by wealthy Jewish families from abroad.

The neighborhood boasts an array of yeshivas (houses of Jewish study) and is home to a diverse collection of synagogues. The area is a popular home for families as well as retirees, and boutique eateries and the impressive Wolfson tower will give you a feel for the culture of Rechavia as you explore the area.

Whether you’re looking for a forever home in the city’s center or would like to take a tour, the heart of Jerusalem provides an array of cultures, tastes, architecture, and atmosphere for everyone, no matter their background. So come visit, the heart of the city awaits you.

If you’d like to view real estate in Jerusalem’s center, the Gov Ari Real Estate Agency Jerusalem specializes in finding you the perfect property for you. Contact us to out more about our real estate services. 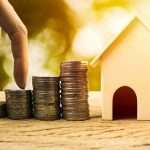